I find that I talk about her more now than I ever did before.  She was always a fixture in my life, even when I moved thousands of miles away from her.  She wasn’t everything that I thought a mother was supposed to be, but she was a thousand times better than her mother could have ever hoped to have been.  She was everything she knew how to be.

How long until you’re supposed to be okay again?  Because life goes on.  My life goes on.  I have to go to work.  I have to see people.  I have to write.  And really, I am okay.  As okay as I can be.  But I don’t want to talk about it anymore.  I’m not a talker, I’m a writer; yet no one seems to understand that.

Stop asking me how I am, because I won’t have an answer.  I don’t know.  I won’t know.  Any answer will seem like a lie.

All I can say is: don’t take life for granted.  Because now, if I ever fall in love and get married, my mother won’t be there to argue with me over details.  She won’t be there to tell me how great he is, or how I could do better.
I’ll never be able to bring a guy home to her.  And she’ll never get to visit my home here, in the south.
She’ll never get to read my first piece of published work, that I just got delivered to me.  She won’t get to point out all the typos, because there’s a lot, but it’s not my book, so that’s okay.  She won’t get to read anything else I publish either.  My mother will never know me as a professional.

And there a lot of things I could say.  There a lot more things that I meant to say.  A lot more things I meant to write.  Because I’ve been meaning to post this for at least a week now.  And it’s not for lack of strength.  It’s not for any reason other than all of the thoughts that I feel might be caving in on me.  There are too many.  I don’t know what to say.  I don’t know what should be said.

Today, I wrote a poem for someone wonderful that I haven’t known that long.  Marsha asked me to write a poem for her when I said I was gonna write one for her husband.  I’ve been wanting to write it for a while, but I’ve been so drained.  But today, it finally happened.

She knows her quiet place
She knows that there, she can find rest
Her empty nest is never an empty nest
Her heart is always full

Mother, daughter, sister, friend
Both known and unknown
Safe in the mystery
Comfort in the open places

No need to search for something more
More is already given
Overflowing
Find peace beneath her wings
Home.

The world is not going to end
Not today
Not the way we expect her to
She doesn’t need our help surviving
So why do we try to save her?

The thing about life is, growing up, you don’t realize how easy you have it.  I mean, yes, a lot of kids grow up with rough lives, but I was blessed to be born into a middle class American family.  I always had everything I needed, and some of what I wanted.  I wasn’t overly spoiled, but I had toys to play with and a bike and a yard.  We had dogs and guinea pigs and birds and mice and snakes and tarantulas and bunnies and fish (not all at the same time).  I had friends and an imagination.  I got a cell phone when I was 13, even though I didn’t use it too much when I first got it.  I had my own car when I got my license, and my parents paid for my gas.  They bought me all my clothes and cooked all my food.  I was thoroughly taken care of, even when we didn’t always get along.

When I got into college, it took me more than a semester to find a job.  My parents helped me out until then.  Even more so, they paid for almost half of my schooling, while the rest was covered by loans, so I never really paid anything out of pocket.  When I had my own job I started paying for gas and such, but my parents still pay my cell phone bill.

As an adult, especially with school loans about to kick in, I’m thinking about how blessed I am.  I am so thankful that I was born where I was born into the family I was born into, even though I don’t always appreciate it.  I’m thankful that I can always go to them if I have problems, and if I crash and burn, they’ll still be there for me.

I moved back to the area because my mom has cancer.  I felt God calling me to be closer to her.  But He has brought me back here for so much more than just that.  If you’re a pray-er, it would be so awesome if you could pray for health for my mom.  But if you’re just here to read, that’s cool too.  Just remember where you came from, and maybe count your blessings.

It’s amazing how much can change in a year.  Think about where you were a year ago.  Last year at this time I was living in Eureka doing an internship.  I had a year left of college and I didn’t know what I would do after that.  I played with the idea of figuring out a spoken word tour, but I’m not ambitious enough to bring that idea to fruition.  I started formulating what eventually became the plan to move to Portland post graduation.  I made friends that I hoped to keep for the rest of my life.

A year ago a pair of my friends had recently gone through a breakup, making their relationship somewhat less than friendship.  There was so much anger in that situation, but looking at them now, one of them is about to get married and the other one is happily spinning toward engagement.  A year ago neither of them would have expected this.

The day I left the camp in Nevada City I had a conversation with one of the other employees.  He told me that Chicago is on his heart.  He said that he feels God is sending him there, just not yet.  He knows he’ll be there eventually and that he might invoke change, but he has some things to figure out first.  Portland is on my heart.  I feel like it’s where I belong, possibly where I am being sent, but maybe not yet.

So, I’m taking one year.  One year to make no plans, but to just see where life takes me, where God takes me.  Where will I be in a year?  I don’t know, and I’ve decided not to care.  I need to focus on what is in front of me.  A year of freedom, maybe.

I am a planner when it comes to my life.  I knew what college I was going to from the time I was 15.  I knew I was going to intern the summer before college as soon as I found out that was an option.  Since January, I was pretty sure I was going to work at a camp in Northern California to save money and then move to Portland come August.  All my plans, although some of them stressful, have been there to keep me sane.  I started work at the camp last week, however, I had to learn that plans sometimes have to change.

I was sitting in the airport a week ago Saturday when I found out that my mother had been re-diagnosed with cancer.  I tried calling home, but none of my calls would go through.  I felt in my heart that I needed to go home, instead of going to camp, but I ignored it, thinking it was just a fleeting thought.  When work at camp started I felt out of place and uncomfortable, but that’s to be expected in any new place.  By day two I was starting to feel very depressed and that I needed to go home to help out and be with my family.  Day three I called my dad and talked about coming home.  Then I quit and drove home.  That was Wednesday.

I always swore that I would never move back to Bishop.  Now I have a job in town.  I’m still saving money to move to Portland, but that might be postponed indefinitely.  I feel like my life just got to the harsher parts of the roller coaster, and I’m wondering what God has in store for me.  Right now I’m trusting Him to heal my mom and to take care of me.  I’m expecting Him to point me in the right direction, but there is so much confusion.  I have had the longest week of my life. 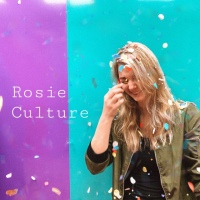 Amateur Hour
Rosie Culture
Between You and I

A / A / A
imjusttryingtolive.
Blog at WordPress.com.